Congratulations to $5,000,000 lottery winner Larry Rogers of Florida who contacted us. 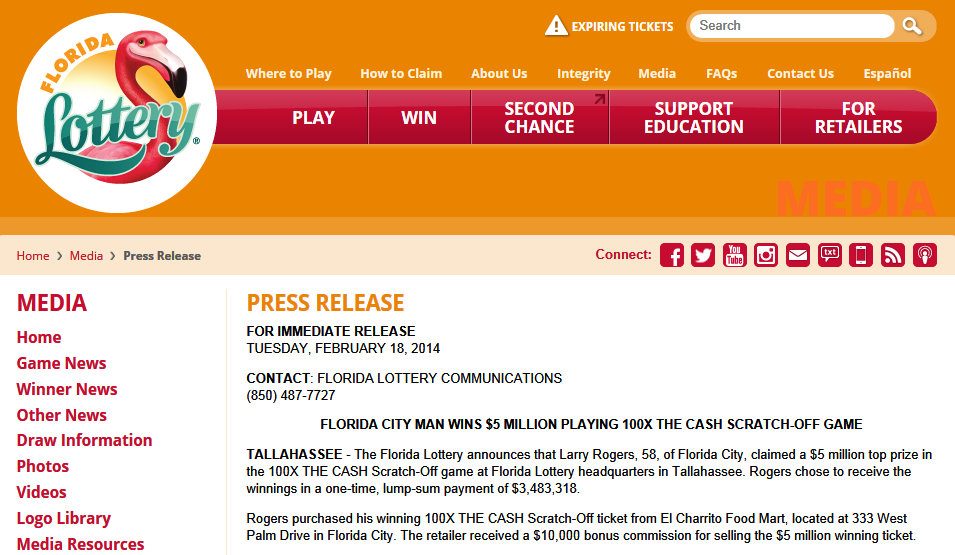